Arena Events as a Solo Traveler

Photo Kindness and Asking to Connect 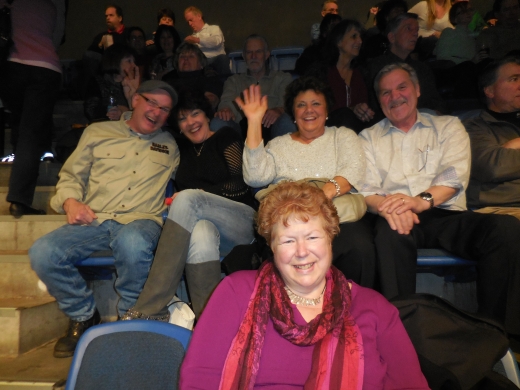 I was one of 6,000 fans attending the concert of music legend Neil Diamond.

I thought to myself - how can I engage in conversation with others seated near me instead of sitting in silence before the show begins?  I decided to try to use photography to break the ice.

“Would you mind taking a photo of me so that the stage is in the background?”, I asked the couple seated behind me. It was so much better than the selfie I attempted to take.

I noticed another solo traveler and asked, “Would you like me to take your photo?”

Watching me in action, the people across the aisle weren’t that surprised when I asked to take a photo of myself with them.

The photos brought on conversation, laughter, smiles, connections and good feelings. We became a “village” of fans sparked by photo kindness.

All it took was asking.

What questions do you ask to connect with others?

Neil Diamond and his troupe were outstanding!  I highly recommend his 2015 World Tour.